Global economy looking up for manufacturers 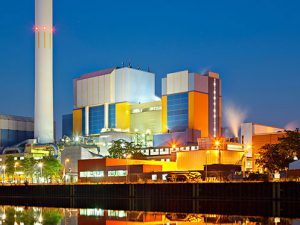 “When the benefits of growth are shared more broadly, growth is stronger, more durable, and more resilient,” she said.

Lagarde also summarized where progress has been most visible. The manufacturing sector has been a significant contributor to the improved outlook. “For advanced economies, the outlook has improved with stronger manufacturing activity,” Lagarde said. “This upswing is broad based across countries—including in Europe—although some countries here still face high debt and weaknesses in some banks.”

It’s not only the advanced economies that are experiencing a growth spurt. “The prospects for emerging and developing economies also bode well for global growth. These countries have driven the global recovery in recent years, and they will continue to contribute more than three-quarters of global GDP growth in 2017,” Lagarde said.

In her speech on the global economy, Lagarde emphasized that these positive gains cannot lead to complacency, as there is still more that can be accomplished. She recommends: Supporting growth, with an emphasis on productivity, sharing the benefits more equitably, and cooperating across borders through a multilateral framework.

“In our hyperconnected world, national policies tend to have major spillovers across borders. We are all sitting figuratively in the same boat. Which is why we need to encourage countries to support strong international cooperation,” Lagarde said.
Region