August 15, 2016
For over 20 years, Infor has participated in the IFLA conference held this year in Columbus, OH and we are proud to be a continued supporter of IFLA as a Silver Sponsor.

On our stand we are presenting the latest versions of V-smart, V-insight and Iguana, plus V-eyeQ, who meets a notable success. This year Infor is represented by Ann Melaerts, General Manager of the Libraries Division, Dave Alexander, Director of North America, and Jean-François Piat, Director of France.

The first day of the exhibition was followed, as usual, by the Officers Reception, hosted by Infor. Over 200 IFLA Officers were present.

The reception was held at the beautiful Thomson Library at the University of Columbus, Ohio.

Ann introduced the evening with her traditional speech, emphasizing the efforts made by Infor R&D to overcome the global challenges faced by libraries. Her speech was very appreciated, supported and then taken over by G.Leitner and Donna Scheeder, respectively Secretary General and President of IFLA.

Some photos of the evening: 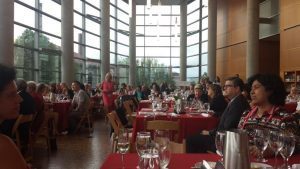 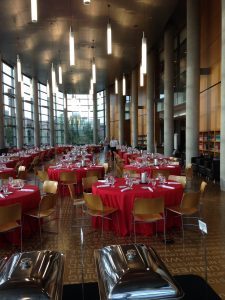