February 2, 2017
The Trump administration has been firm on its stance to bring more manufacturing jobs to the United States. However, the details are still unclear as to what that will look like or how it will happen. Tariffs, undoing of international trade agreements, and tax cuts have all been floated as ways to get more things made in America. But will these tools be enough for high-tech manufacturers to bring their operations to the US? 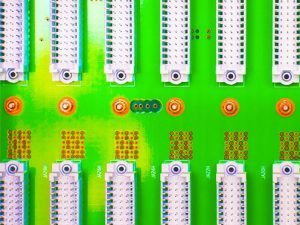 For better or worse, Apple finds itself at the center of this debate. A recent IndustryWeek article notes that candidate Trump publicly called out Apple on the campaign trail, stating, “I’m going to get Apple to start making their computers and their iPhones on our land, not in China. How does it help us when they make it in China?”

High-tech manufacturers are complex operations, with Apple among the largest and most complex of all. This complexity means bringing high-tech manufacturing jobs back to the US will not be easy or quickly addressed through a few tax cuts or political incentives at levels to which the US government and taxpayers may be accustomed.

For example, Foxconn, Apple's primary manufacturing partner, owns and operates a factory in Zhengzhou, China. According to the New York Times, Foxconn received $1.5 billion from the local government to help build parts of the factory, employee housing, roads, and power plants. The government also helps Foxconn cover continuing energy and transportation costs, recruit assembly line workers, and pays bonuses to the factory for meeting export targets. In return, Foxconn gets a factory that can produce 500,000 iPhones a day.

In a recent USA Today article, Dan Panzica, former vice president of engineering at Foxconn and currently a senior principal analyst at market researcher at IHS Markit, says the math to move iPhone production to the US just isn't there. Compared to Foxconn's Chinese operations, America has much steeper labor costs, and Foxconn likely would not get the same level of governmental support as it has in China to help recruit and train workers, or build the specialized and automated facilities required for iPhone production.

The iPhone, of course, isn't the only high-tech device Apple—or Foxconn—manufactures. Fast Company recently reported that Foxconn has had conversations with business development officials from Pennsylvania to discuss the possibility of opening a plastics molding plant there.

In addition, Foxconn is considering a $7 billion joint investment with Apple for a US-based display manufacturing facility, according to the Nikkei Asian Review. No specific location has been disclosed.

In a post published earlier this week, we talked about the seven areas where cloud-based software gives manufacturers the agility needed to quickly adjust their business for new regulations and business requirements. They include:

Check out that post for details on things to think about and to make sure your business is ready to respond to the rapid changes impacting today's high-tech manufacturing environment. For more information on how Infor software for high tech and electronics can help out you be more agile, watch this video.
Region