Predictions for 2017: 10 critical business drivers compelling manufacturers to double down on cloud

January 5, 2017
The following is an interview with Lisa Pope, senior vice president, Infor CloudSuite, discussing the importance of cloud-based IT deployments to help manufacturers achieve their growth goals in 2017 and beyond. 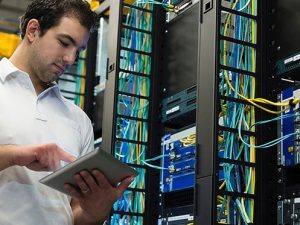 The stakes are high. Manufacturers have faced steadily-increasing expectations from customers, partners, and suppliers, with global competition also adding pressures. Just to stay in the game, manufacturers must have a wide range of IT tools in their hands. While cloud deployment was once viewed as a wild card, now manufacturers are recognizing that it is the “sure bet” that makes it possible to confidently double down on growth.

Cloud deployment is not only a logical choice of growth-focused companies, it is also essential for any enterprise that wants to modernize and take advantage of new technologies, such as digitalization and the Internet of Things. More and more manufacturers are making the shift, says Lisa Pope.

“We’ve seen a steady uptick in manufacturers turning to cloud deployment over the past three years, but now we have reached a point where the business benefits are so obvious that manufacturers are letting go of any residual hesitation and now even moving mission-critical applications to a SaaS platform,” Pope says.

It’s been a long and winding road to this point. The manufacturing industry has a history of reluctance to make the cloud move. Often, the resistance stemmed not from a negative view of SaaS, but from a company’s deep-seated commitment to its legacy on-premise solution.

“It was easy to understand their predicament. Manufacturers had invested heavily in their ERP systems with extensive modifications,” says Pope. “They were trying to meet user demand for certain unique processes that had become firmly cemented in the company culture. They were concerned about breaking away from the steps they knew so well.” Those old processes, often being replaced by digitalization, are no longer such a priority.

Some manufacturers have tested the waters with hybrid solutions which put edge applications, like salesforce management or expense management, in the cloud but kept the critical ERP on premise. “That gave many manufacturers a chance to get comfortable with the SaaS model and to see for themselves that handing over the day-to-day management of servers, security, and upgrades was a relief, not a loss of control. It allowed CIO and IT directors to focus on more strategic issues,” says Pope.

Now, as manufacturers face complete upheaval and a revolution of redefined best practices, it makes sense to take a fresh look at the benefits of cloud deployment, Pope says. She adds that several business drivers all point to the necessity of cloud deployment, making it a choice that is hard to bypass. Some of the drivers include:

These business cases, each compelling on their own, combine to create one very persuasive story for manufacturers. Pope asks, “Why wouldn’t you want to be in the cloud?” This is the question manufacturers who are still on the fence about SaaS platforms will need to ask themselves. Or, they may find they have fallen far behind the competition, left on the road to obsolescence.

Learn more about Infor CloudSuites, including solutions for manufacturing.

We've challenged three industry insiders to provide 17 predictions for 2017 in 17 minutes or less.

Why? To underscore the crazy, breakneck speed of change happening in manufacturing. The whirlwind is relentless, dangerous, and exciting. Can our experts step up to the challenge? Can you do the same? Does your organization have what it takes to thrive in this highly charged atmosphere?

Join us for this webinar to learn more about the systems, equipment, processes, workforce, and IT solutions you'll need as 2017 ramps up and takes off.