Predictions for 2017: Manufacturers will stop incubating and start accelerating

January 4, 2017
The following is an interview with James Toomey, vice president, Hook and Loop Digital, and Andrew Kinder, vice president, Infor industry and solution strategy, about what digital transformation has in store for manufacturers in 2017. 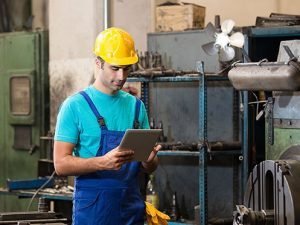 Digital transformation in manufacturing has been in the forefront of awareness for 2-3 years, with early predictions even dating back a decade. As digital waves transformed the entertainment, media, travel, education, and banking industries, futurists could naturally predict that manufacturing, too, would be prime for upheaval. The pieces, from global e-commerce to demand for product personalization, have been falling in place at a staggering rate.

And yet, for many manufacturers, full-scale adoption of digitalization tactics is stalled. James Toomey has seen this pause phenomenon several times. He calls it the “hesitations before the leap” and compares it to prolonged incubation.

“It’s natural and understandable for a manufacturer to want to fully evaluate their options on an issue as important as digitalization,” says Toomey. “Redefining processes isn’t something you want to blindly rush into.”

Andrew Kinder says adoption of disruptive technology tends to pass through three lifecycle steps: 1. ignoring it and hoping it goes away; 2. an education stage that involves wanting to learn and possibly stringing together some prototype and pilot projects; 3. an acceleration phase.

“The acceleration stage is where manufacturers make their ideas operational, and they really look at elevating their business to the next level, whether that means making their relationships with customers stickier or elevating the brand to also include services,” says Kinder.

Kinder predicts more manufacturers will move into this acceleration stage this year. “So far, the majority of manufacturers have been experimenting,” says Kinder, “and a small percentage have truly been transforming their businesses. That will flip in the coming year.”

Toomey agrees. When asked for his predictions for 2017, Toomey points to the current prolonged incubation stage and sees an evolution coming. The research stage won’t completely fade away, he suggests, but it will condense. “Manufacturers see that it is time to take action and pick an idea to pursue.”

Often, the abundance of ideas and endless intriguing possibilities are what cause the decision paralysis, Toomey says. Manufacturers may be looking at several possible ideas, from tactics to get closer to the customer to ways to automate preventive maintenance or strategies to monetize data collected from sensors.

Kinder adds that he talks to manufacturers who may not even realize some of the hidden potential, especially around monetizing data. In many cases, the data manufacturers collect from sensors have value to other parties. This is a value that can’t be turned into revenue. “These are 1s and 0s they are already harvesting. So, now they can sanitize and monetize the data and have a 3% to 4% revenue gain from doing next to nothing. Not a bad ROI on effort,” he says.

They are all good ideas, each offering benefits, each quite feasible with modern technology. It may be impossible to predict which idea is the “golden goose” based on benchmark studies or best practice models. It is too early to have prescribed paths that manufacturers can simply copy and paste into their own plans.

“Manufacturers often promote bottom-up thinking where ideas bubble up from the front line, the people who are facing problems and talking to customers. When it comes to the digital strategy, ideas need to come from the top. And, in many cases, they need be based on a vision. A gut instinct certainly plays a part. The idea must have passion behind it,” Toomey adds.

As he adds more predictions to his forecast for the future of digitalization, Toomey says he thinks this ideation stage will become easier, and manufacturers will become more comfortable with creating a macro strategy and then applying a test-and-learn approach. They will be able to “get their hands dirty, playing with the possibilities.” He also has some tips for manufacturers who are struggling to move past the incubation stage:

Freeing the CIO and IT director from routine rudimentary tasks, like email systems and report writing, is one of the first steps to take so those professionals can be focusing on more critical, strategic concepts. Cloud deployment puts basic system maintenance, security, and upgrades in the hands of the provider, lifting the load from internal teams.

Solving operational issues is often a practical place to start. Manufacturers can apply predictive analytics to solving reoccurring issues, such as maintaining inventory of raw resources, projecting capacity to deliver, and anticipating spikes in customer demand.

Finding new value through functional integration is another type of “low-hanging fruit” that often can be implemented in early stages. Simply connecting departments that were previously isolated can bring new value. Visibility aids decision-making and ensures the entire enterprise is operating from the same set of data points.

Applying Internet of Things technologies is another logical early step. Sensors embedded on machine assets on the shop floor, material handling equipment in the plants, and vehicle fleets can collect data about condition or location and help uncover gaps in the systems. The data can also be used to trigger automated action or speed processes.

Establishing collaboration among IT, marketing, and customers will help generate ideas about ways to tighten bonds, share data from sensors, and improve the customer experience.

Applying adjacent innovation and borrowing concepts from other markets also work to speed the process. For example, healthcare providers aiming to improve the patient experience can turn to the hospitality industry for models of service delivery that they can “lift and shift” to their own applications.

Creating differentiation must be a priority as manufacturers face heightened global competition and the risk of product commoditization. Any digitalization project that can improve the customer experience or create a distinct market advantage will provide valuable results.

Toomey is confident manufacturers will continue to embrace these launching points and transition into a stage of “less talking, more doing” in the coming year.

As the results start to pour in, one success after another, the momentum will accelerate and the pressure to adopt will intensify. Manufacturers should not delay getting started.

“No one wants to be the last to the party,” says Toomey. That means now is the time to take action.

We've challenged three industry insiders to provide 17 predictions for 2017 in 17 minutes or less.

Why? To underscore the crazy, breakneck speed of change happening in manufacturing. The whirlwind is relentless, dangerous, and exciting. Can our experts step up to the challenge? Can you do the same? Does your organization have what it takes to thrive in this highly charged atmosphere?

Join us for this webinar to learn more about the systems, equipment, processes, workforce, and IT solutions you'll need as 2017 ramps up and takes off.