Team Players: What to Consider When Assembling Your ERP Project Team

"If everyone is moving forward together, then success takes care of itself." --Henry Ford 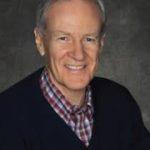 We find Henry Ford’s insight quite relevant, especially considering today’s digital workforce as it relates to assembling the team that must plan, execute and work together when it comes to driving a successful ERP project.

So, when it comes to an ERP project team, how can “success take care of itself?”

We’ve seen first-hand that the most successful and seamless ERP implementations occur when the organization is fully engaged in the process and in full alignment with the ERP vendor and other resources.

Success follows when the team takes the time at the outset to determine who within the organization will participate, has a clear mandate from project sponsors, determines exact roles and responsibilities, and engages the appropriate resources to execute on solid plans. 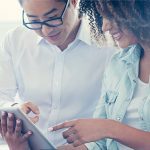 What follows are typical roles and responsibilities that when staffed appropriately, lead to success.

Executive (CEO) involvement in an ERP project is integral to ERP implementation success.

If there is not strong executive management support and sponsorship, the team members left holding the bag – including business process owners, the IT department and functional area managers– feel like they’re heading upstream into a long and difficult effort.

We see a direct correlation between the involvement of a CEO or executive sponsor, and the outcome of the ERP project – the more involved the CEO, the better the chance of ERP success.

As a key team member from the project’s beginning to end, the Project Champion serves a critical role that brings the project message to the “troops.” In some cases, there could be Champions at each site, but in general it’s most effective to have one overall Champion. Typical duties of the Champion include:

The success of the implementation depends on highly experienced project managers with the skill and time to devote to the project. This might require a temporary re-allocation of some of the person’s existing responsibilities. Depending on the size and scope of project, time availability, and the skillset of the individual, project manager duties typically include:

The site team makes up the remainder of the full Project Team at each site or location, led by a Site Champion to help coordinate scheduling and ensure all site requirements are met.

All told, structuring the ERP project team and giving it the proper time and resources it needs to carry out the project and associated business transformation is critical to project’s success.

This high-performing team requires the right people, with executive buy-in and support, and decision-making power to get the job done.