The manufacturing legacy and shape of the industry's future.

October 4, 2017
In honor of Manufacturing Day, October 6, we continue our series of articles on the state of manufacturing, the evolving workforce, and the outlook for the future. Check back often to read more on these important topics. 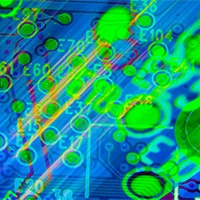 "The times, they are a changing," is the phrase made famous by folk icon, Bob Dylan. If you are among today's millennial generation, you may be thinking, "Bob who?" Yet the words are just as relevant today as when they were written in 1964.

Manufacturing, it's a changing. Manufacturing Day, October 6, has triggered national discussion about the changing role of manufacturing in the US economy and the evolving manufacturing workforce. Decline in the number of jobs in manufacturing is always an emotionally charged topic, sparking debate about off-shoring, trade agreements, and the prospect of automation eliminating jobs.

The industry, from automotive assembly lines to food processing, has drastically changed since the post-war era when 30% of the US population worked in manufacturing. Taking a job at the local plant was a rite of passage that was ingrained in the mindset of young people. Many would agree that manufacturing is as much a part of the traditional American Dream as apple pie, baseball, paper routes, Sunday school, and reruns of I Love Lucy.

-By 1987, employment in the manufacturing sector had fallen to 17.6 million.

-Manufacturing payrolls bottomed out at fewer than 11.5 million in early 2010

-Today, the industry employs 12.3 million hard-working men and women, about 9% of the total US workforce.

While the number of people employed in manufacturing has fallen, the output has increased. The Pew Research Foundation says, “Last year, U.S. manufacturers made about $5.4 trillion worth of goods and products (in constant 2009 dollars), according to the Bureau of Economic Analysis. The biggest categories were food, beverages and tobacco products ($817 billion), chemical products ($752 billion) and motor vehicles and parts ($670 billion).”

When adjusting for inflation, manufacturing output is about 80% above its level 30 years ago. Since other industries has increased too, manufacturing still represents a smaller share of the economy than it once did. In 1997 manufacturing accounted for about 23% of gross output. In 2016 it was 18.5%.

While the nation evolves toward a service economy, manufacturing is still critical to the security and stability of the economy. National defense depends on the ability to build and maintain military vehicles and armament. The federal infrastructure also depends on manufacturing for machinery and equipment. The Food and Beverage industry depends on ingredients produced and processed near to the consumer for freshness. Relying on imports would be a recipe for disaster.

The digital era is also changing the face of manufacturing, creating opportunities to jump start growth. Customer centricity, the Internet of Things and other disruptive technologies are changing the focus from mass production and low costs goods to the customer experience, relationship-building and highly personalized products. This gives US manufacturers a chance to compete on innovation and creative problem solving, rather than cutting costs and streamlining labor.

Creative ideas, innovation, collaboration, and unique product design have always been hallmarks of US manufacturing. Now, new technologies will allow manufacturers to double down on this strength and seize new market opportunities. The potential is exciting.

How with these growth opportunities unfold? Certainly some new challenges will arise. Manufacturers will need a workforce with new skill sets. Those old manufacturing jobs that were once the foundation of America are gone and they are not coming back, most pundits agree. The future jobs in manufacturing are not the assemblers, welders, sorters, packers, and shippers of the glory days of blue collar employment. Now, manufacturers need creative thinkers, problem solvers, collaborators, engineers, mathematicians, and data experts.

They also need the story tellers and artists. Manufacturers need to tell stories about their products and their vision for the future to their potential customers, investors, suppliers, and employees--nearby and across the globe. As we discuss the pros and cons of modern manufacturing and the job market, keep in mind the new manufacturing landscape is still evolving. The future is not yet written.

Can you or your organization play a role in redefining the new manufacturing?

To learn more about the new manufacturing era made possible by digital technologies, download this whitepaper, Predicting the future of digitalization.